Blue Calcite is a very powerful stone when it comes to soothing and relaxing the emotional body. This stone has many beneficial effects for anyone who suffers from anxiety or depression. It’s calming effects on the mind allow the user to think about emotional situations with more of a level head. By doing this, Blue Calcite opens up a stronger communication channel between your thoughts and feelings.

Blue Calcite is very protective when it comes to one’s aura, and offers very strong transmutational energies. It filters out the negative vibrations and transmutes them back out into high positive energy.

Blue Calcite is also known to stimulate ones creative energies. Its energies allow our minds to wander and veer off into an avenue of conscious exploration in which many natural, brilliant ideas emerge.

One of the many hidden secrets that Blue Calcite offers is its ability to enhance, and strengthen one’s dream life. It offers increased vividness and understanding of dreams, and the imagery within them.

Calcites are found on nearly every continent, but only found in a few places on earth. Although it’s found in large masses and is quite common, a majority of Blue Calcite come from Mexico. The deepest colour blue specimens famously come from South Africa.

Blue Calcite was discovered in 1669 by Rasmus Bartholin. In 1836, Johann Carl Freiesleben started to call the stone “lime”, a name taken from the Greek word “khalx”.

The stone has been used since the ancient times according to experts. The Egyptians used it to make small decorative objects such as figurines and statuettes. A specimen was even found on a Viking ship in 1592. The mineral was used as a compass depolarising sunlight.

Legends associated it with magical practices and witchcraft as it was believed to be used by spellcasters.

Calcite is found within limestone and marble, two common stones that make up a large portion of the earth’s crust. Calcite is also a primary mineral component in cave formations.

Calcite is vitreous in appearance and can be found in a range of colour from white or colourless to red, green, yellow, blue, and orange. Calcite and Aragonite actually share a chemical composition, but their different crystal structures are what separates them.

Moldavite and Blue Calcite are a very strong combination for anyone working on protective and transformative effects. When attempting to remove blockages from the third eye and attune to higher frequencies, Phenacite is recommended. Lastly, Aquamarine is highly important to use in conjunction with Blue Calcite. They work towards fully unlocking your throat chakra and allowing for easier communication of deeper emotions. 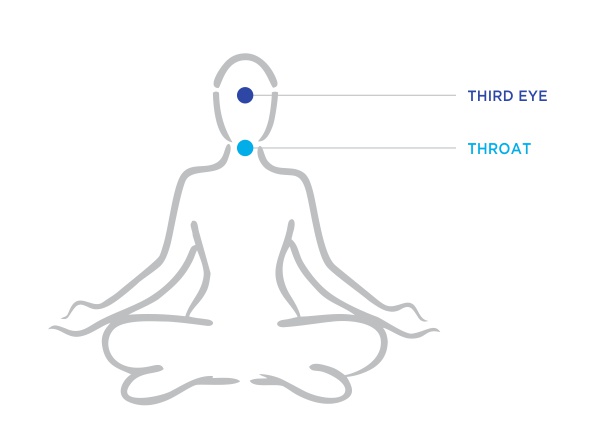 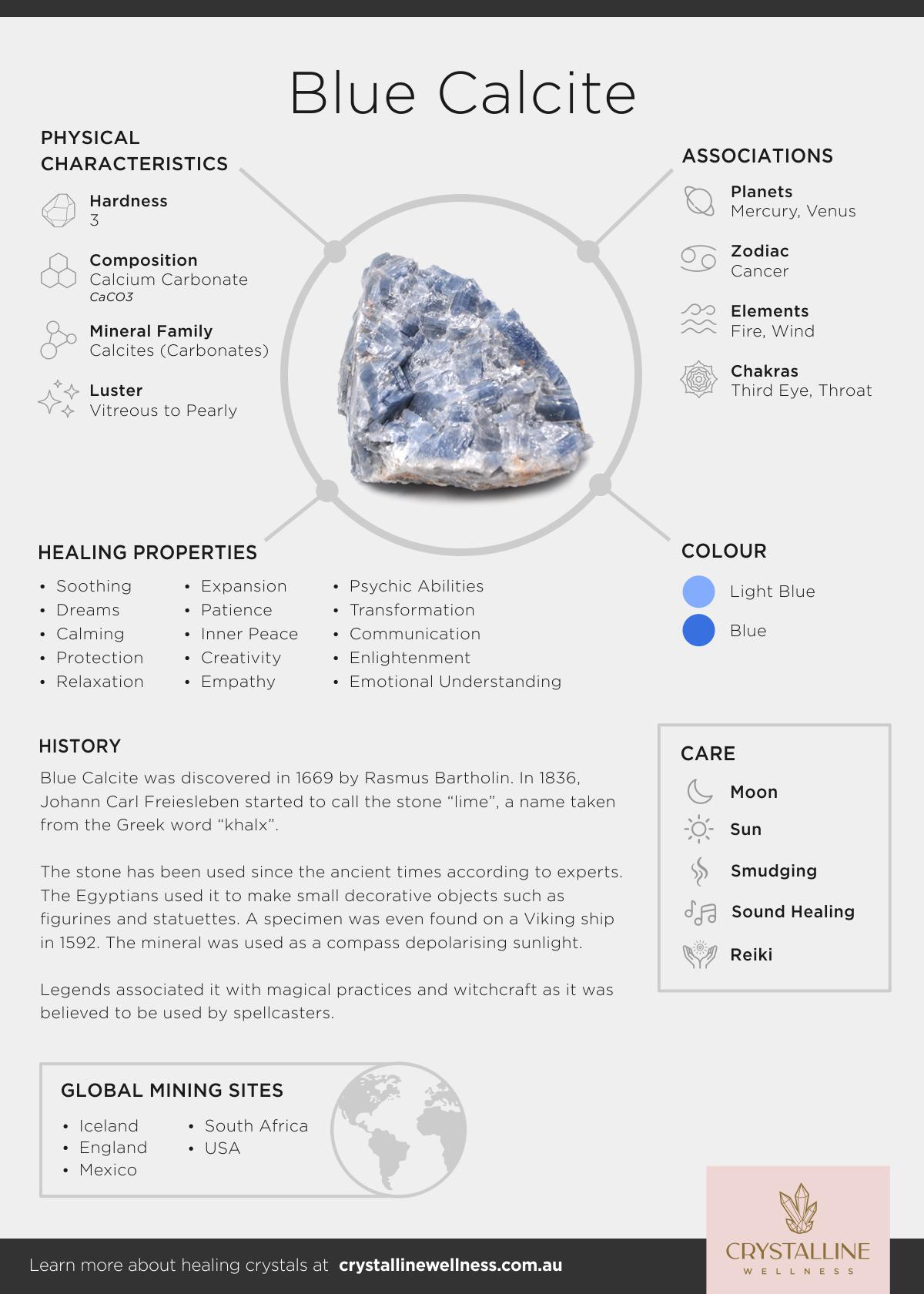