Blue Lace Agate is a soothing and nurturing stone, that will bring you calmness and peace of mind. It is an excellent emotional healing stone. This crystal will boost your ability to express yourself, especially communicating thoughts and feelings you receive from your higher self.

This Agate variety provides inner strength that can renew one’s confidence. This renewed confident voice helps you in speaking with clarity and truth. One will not get overwhelmed with emotions when talking about difficult subjects, and is ideal for job interviews, public speaking, or any type of therapy sessions.

Blue Lace Agate is usually on the rarer side of stones, causing it to be more expensive than most stones.

This stone can be found throughout Africa and have recently had localities discovered in Eastern Europe, especially Romania.

Various types of agate gemstones have been valued throughout history, all the way back to the Neolithic Era. It is believed these stones were originally used as amulets of healing, and this tradition continued on through Ancient Greek and Egyptian civilizations.

It’s said the Greek philosopher Theophrastus gave agate its name because he found the stone in the Achates River of present day Sicily, Italy (now renamed the Dirillo River).

Agates were believed to make their wearers agreeable, persuasive, and give them the favor of God, guarding them from all dangers. The wearing of Agate was also believed to be a cure for insomnia and was thought to induce pleasant dreams.

Blue Lace Agate is a type of Agate that has blue and white banding patterns throughout. An Agate is a name given to varieties of banded Chalcedony, which is a mineral from the Quartz family.

The meaning of its name relates to the very attractive lacy bands of either white, grey or darker blue colored lines, which run through the pale blue stone. It has a bubbly look to the stones’ surface, and these stones may also have tiny sparkling druzy crystals.

This stone also works well when combined with other communication stones such as Aquamarine, Chrysocolla, and Lapis Lazuli. All these stones help one work on speaking the highest truth while generating the confidence to do so.

For someone who is looking to speak what’s weighing on the heart or with a loving tone attached, meditating with Rose Quartz is recommended. This combination will also enhance the calming and soothing vibrations of Blue Lace Agate, pushing one into a state of relaxation. 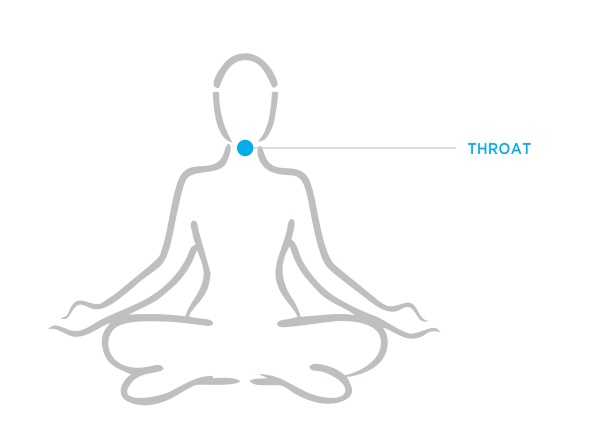 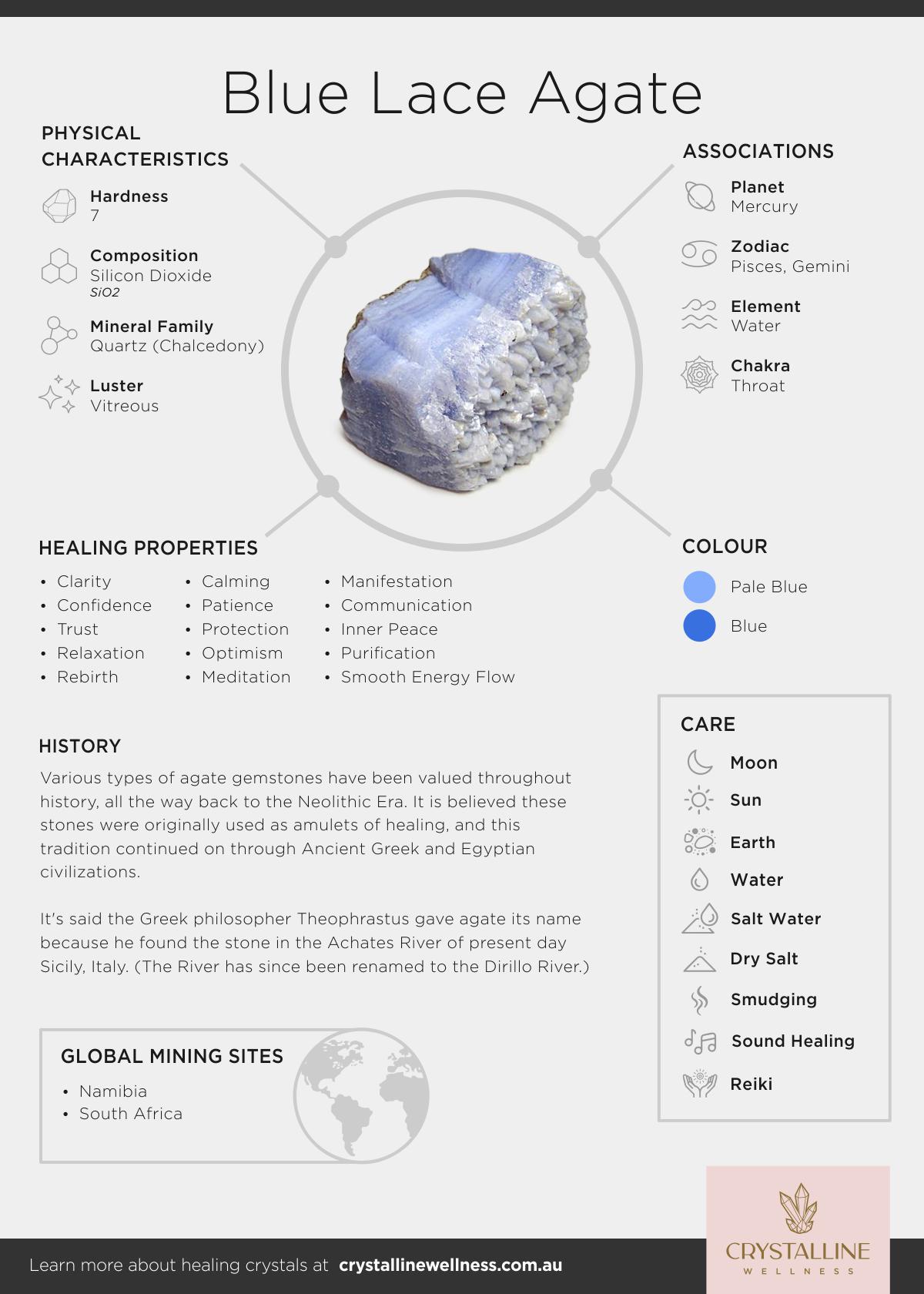