Carnelian is known as a stone of abundance as it helps one focus their intention when manifesting and encourages success.

Carnelian aids in building confidence, courage, passion and power, making it a great stone for those who are shy or passive in life. This stone increases motivation and helps one build self-confidence through positive action. Carnelian is empowering and gives one courage, promotes positive life choices, and dispels apathy.

Its vibrations draw in massive amounts of life force, sexual and creative energies, and assertive will. The rich red color also represents fertility and specifically the sacred power of a woman’s womb.

If you know you need inspiration to move your life forward in a new direction, use this powerful stone. Carnelian is an excellent tool to restore vitality, motivation, and stimulate creativity. With its empowering and motivating vibration, this stone also encourages one to stop waiting for their dreams to come true and make them happen through strong, assertive action.

Deposits have been found in the USA, South Africa, Brazil, Uruguay, Botswana, Madagascar, Slovakia, and the UK, but much of the best Carnelian stone comes from India.

Ancient Egyptians frequently used carnelian for amulets representing the heart, which was considered the seat of life. Gladiotors and warriors are said to have used the stone to increase courage. Whether in the auditorium or on the battlefield. They would hang the crystal around their necks and have it rest upon their chests.

In ancient times, Carnelian was used to protect the dead on their journey to the afterlife. Amulets of this crystal have also been found in Iron Age graves in Japan.

Carnelian is a type of Chalcedony which is a mineral in the Quartz family. It ranges in colour from a pale orange to a deep red-orange, and sometimes has multiple streaks and spots of dark red. The red colouring in Carnelian is due to the presence of iron-oxide.

Carnelian is best paired with Ruby or Red Garnet because it can work in giving you confidence, a boost of energy, and renewed passion. This pairing can attract wealth and abundance and can also give you an extra shot of strength and courage.

Carnelian can also be paired with Citrine. This will attract money, sustenance, and a continuous flow of abundance. In your home, it will foster good relationships with your neighbours as well as with all the people who live or visit your home. 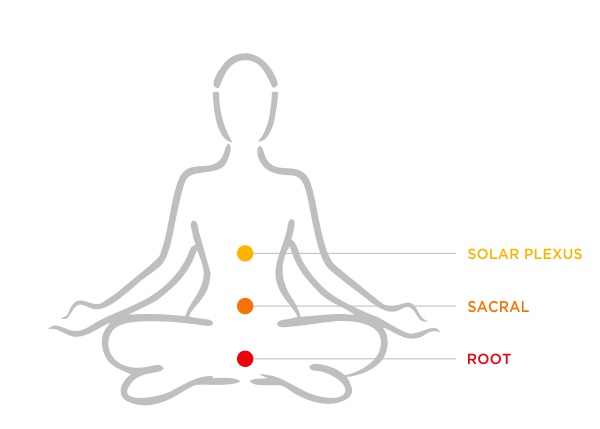 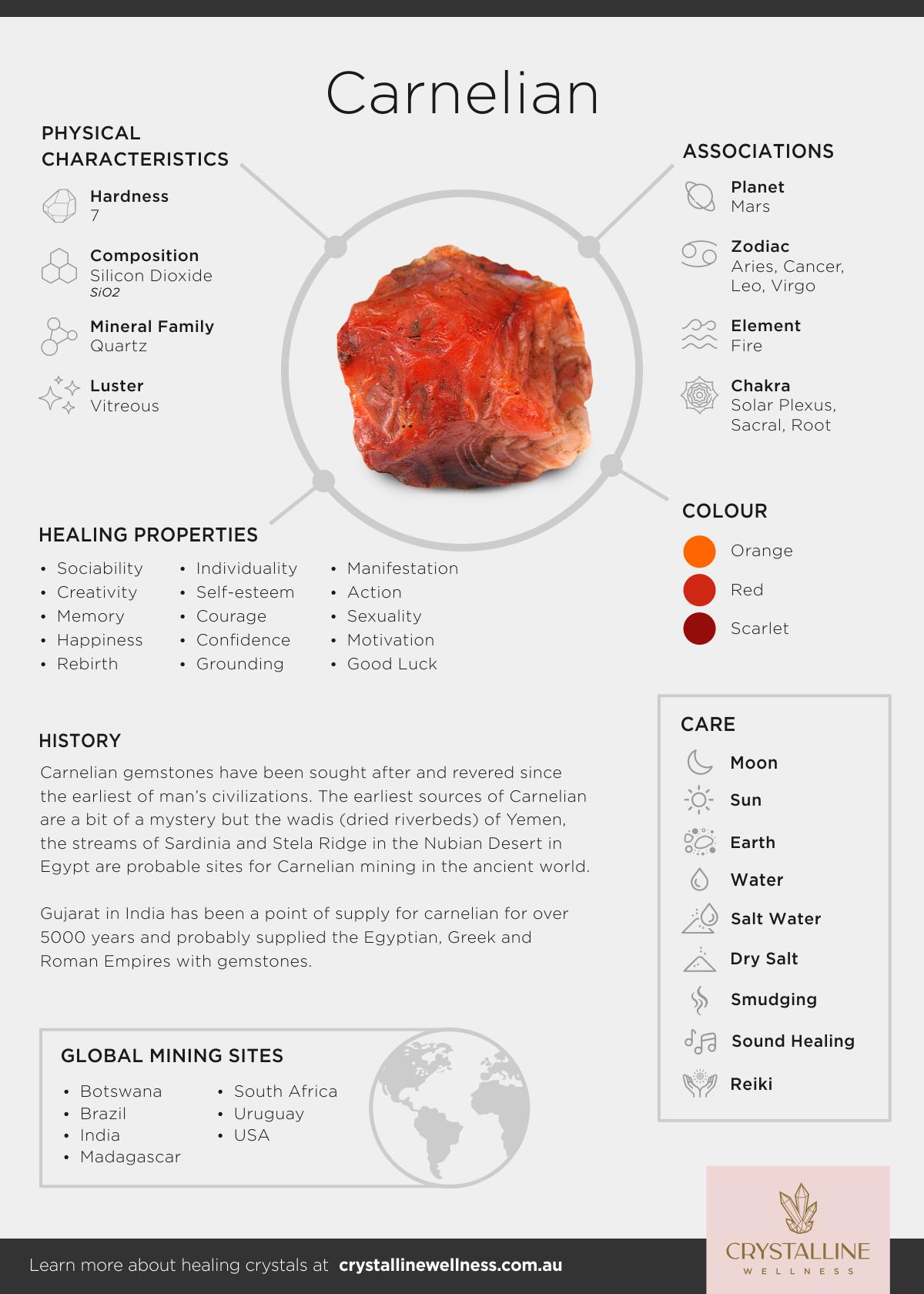