Celestite is a stone for spiritual advancement, aligning one with higher realms of awareness. Here, one can strongly sense the presence of higher self and spirit guides. This stone fills its environment with divine energy, encouraging spiritual awakening and development of metaphysical abilities.

The calming vibrations of Celestite are beneficial for cooling fiery emotions and in times of stress, it will help those around it to remain calm. The clarity received from this stone allows one to see and speak their inner truth with a sense of serenity. This crystal pushes one towards openness of new opportunities and experiences so that they may grow further, and move on from any past emotional restrictions.

Celestite are powerful crystals that may help you to develop the gift of prophecy. They may stimulate precognitive dreams and have the potential to aid with dream recall and inject you with positive vibrations while you sleep.

Also called ‘Celestine’, the mineral itself started being called ‘Celestite’ in 1798. This was sometime after the formal description of the element strontium in 1792.

In 1967, villagers started mining Celestite deposits and continued into the 1970s. Mining stopped for about 10 years, and didn’t resume until the early 1980s. Since then there has been a continuous supply of celestite crystal geodes and groups.

It crystallizes both in tabular and prismatic forms and can be found in massive clusters and geodes. Celestite is a strontium sulfate and is very fragile with a hardness of only 3 to 3.5. It is found in combination with other minerals such as Albite, Halite and Anhydrite.

Celestite is best combined with stones that enhance perception and intellectual intelligence, such as Amethyst and Clear Quartz.

In general, any stone associated with the crown chakra is a good complement to Celestite. These stones will enhance your spiritual focus and give you the ability to intellectually understand the messages shown by the power of this crystal.

Bloodstone and Red Jasper complements the power of Celestite. They enable you to deal with negative emotions or experiences and also help to take action based on your spiritual and psychic experiences. 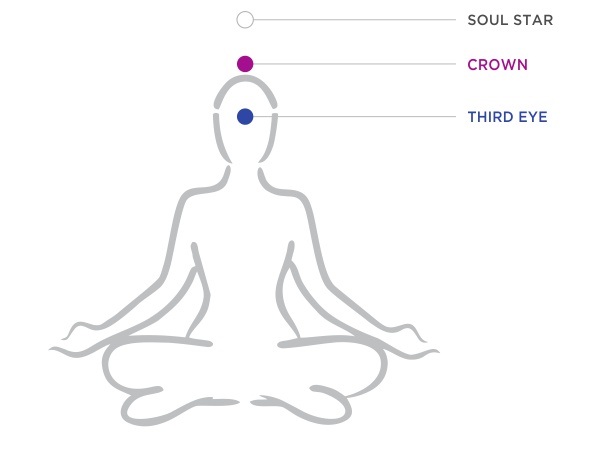 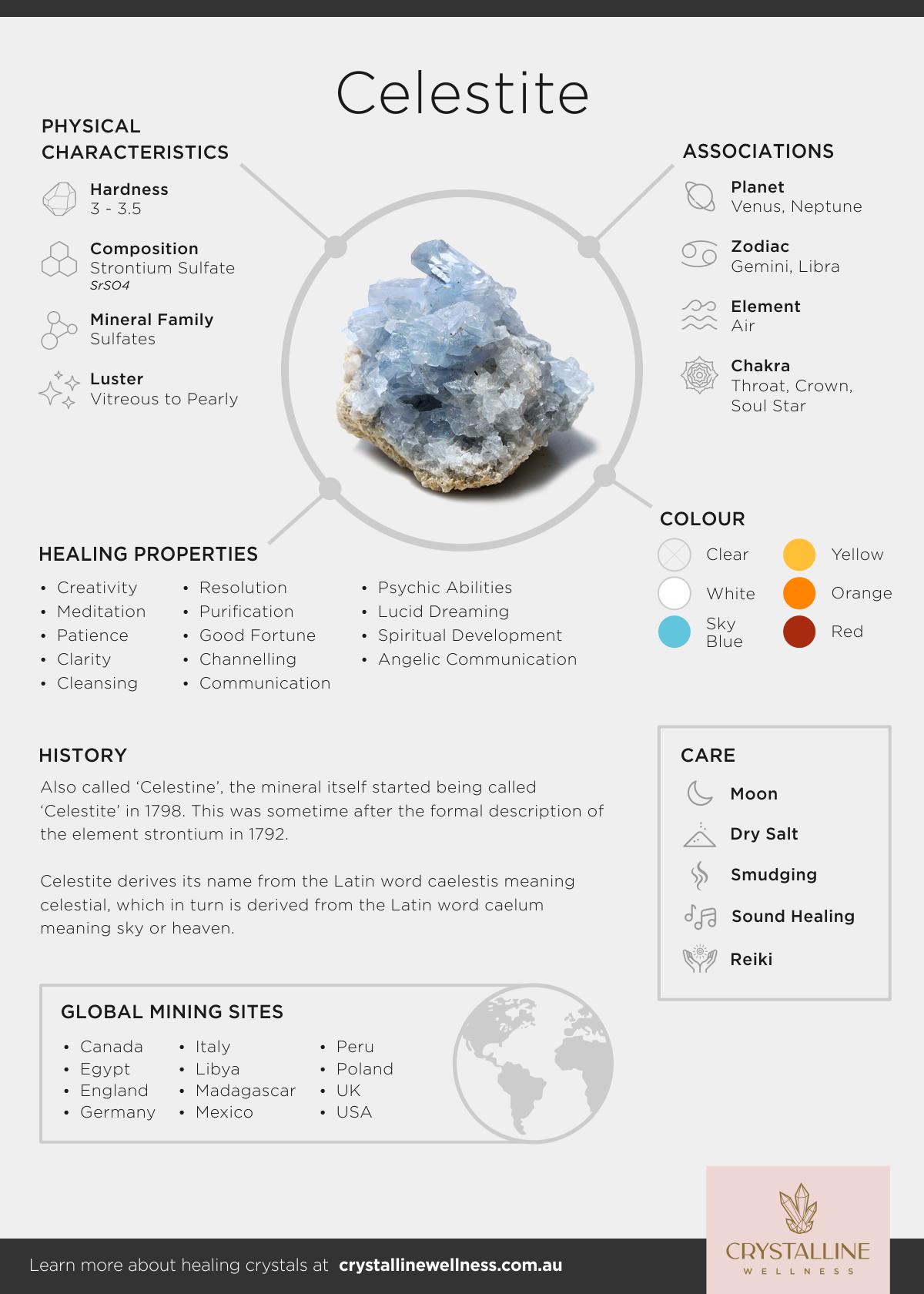