Jade is a name used to describe 2 different minerals, the first of which is Nephrite and a second which is named as Jadeite. Even though they look similar, their chemical composition is different. The best way to distinguish between Nephrite and Jadeite is through a “chime test”. When tapped with a hard object, Nephrite will let out a musical tone while Jadeite will not.

Green Jade is a strong earth element stone and has a very deep connection with Mother Earth. It is an incredible ally in understanding and connecting with nature; allowing one to work directly with nature energy and integrate it with their own energetic field.

Green Jade is also one of the very few stones that will transmute the negative energies surrounding you and release it into positive vibrations. It brings the mind and body into harmony and promotes stabilisation of one’s personality. Jade is a calming stone that helps decrease stress and discomfort. This stone aids in self-discovery, helping us realise that we are all spiritual beings, and in turn helps us to become our true self.

Green Jade is a great aid in mending emotional wounds from the past so that one may reclaim their purity. Jade is also a very helpful dream stone, assisting with lucid dreaming and enhancing dream recall abilities. It is known to awaken inner knowledge, assist fertility and childbirth, and bring good luck and fortune.

Jadeite – The primary source of Jadeite is in Burma but it also has localities in Japan, Guatemala, Kazakhstan, Canada, Turkey, Cuba, Russia, South America, and USA.

Throughout time Jade has been used as a stone of abundance and prosperity. It has also been used to aid in shamanistic practices and astral travel. Jade is believed to be one of the stones used in the breastplate of the High Priest as well as Aaron in the Old Testament.

In ancient Chinese culture Jade was used to strengthen the body through life and protect the soul after death. Some items that excavation teams have found consist of Jade pendants, musical instruments, and massive amounts of different sized Jade gems.

Nephrite – a calcium magnesium iron silicate with a hardness of 6. It is most commonly found in shades of pale to dark green and typically contains yellowish hues, but can also display hues of white, grey, brown, and black.

Jadeite – which is a sodium aluminium silicate with a hardness of 6.5-7. Jadeite has a less glassy luster than Nephrite; appearing more dull and waxy with more vivid colourations. Although it is most commonly found in green, it can also occur in white, orange, yellow, grey, black, and lavender formations.

Its energies will be greatly enhanced when paired with other lucky stones and crystals that invite good luck and fortune.

When you want to have a kinder, more generous and more compassionate heart, Jade will work great with Moonstone, Green Jasper, Red Jasper, Rose Quartz, Green Tourmaline or Kunzite. 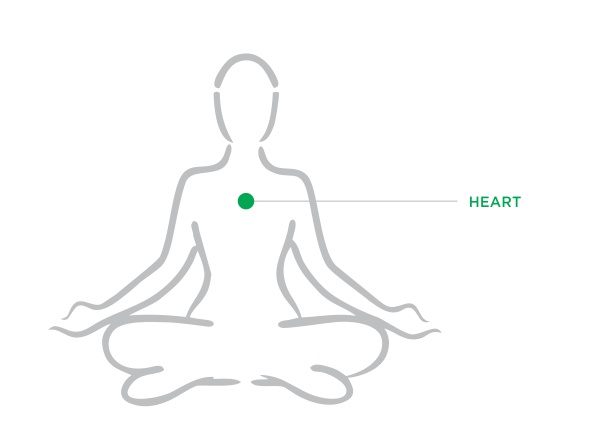 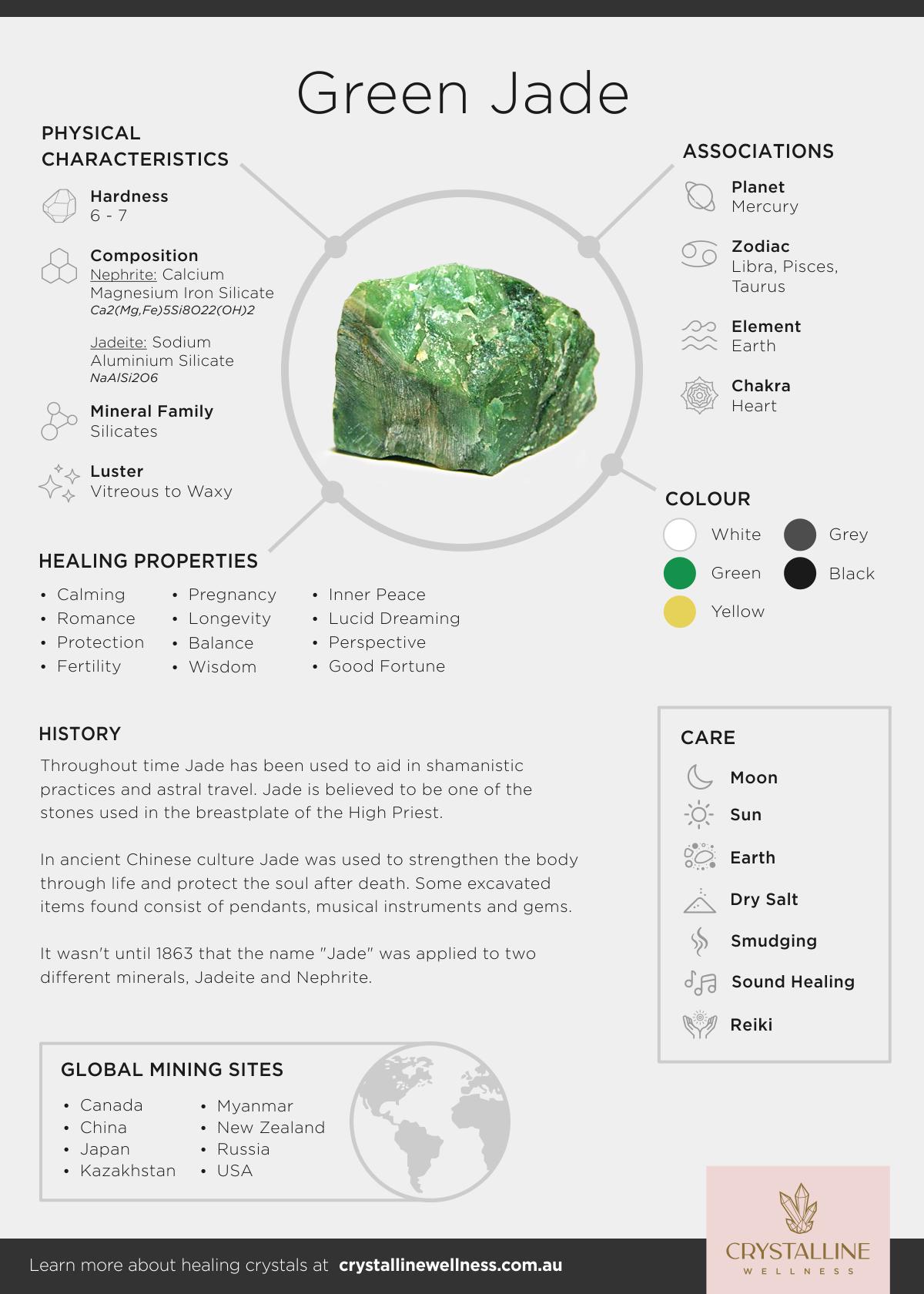