Hematite crystals have an excellent grounding and balancing energy, intended to root your body and mind back to Earth. This stone helps focus your thoughts into those that matter most while guiding you on the right path. Much like a magnet, Hematite is a stone of attraction, constantly pulling down excess energy from your environment. Once your focus becomes anchored to the Earth, this stone convinces you that all your goals are achievable.

Hematite is a great stone for empaths, stimulating the mind, and heightening self confidence, will power and self esteem. This stone is also a detoxifying stone, which helps you wash away your past and protect you as you move into the future. Not only does it protect the aura but it also has the ability to cleanse the aura of any negative energy accumulated from other people and the environment.

Hematite has been found in a large number of locations, including South Africa, Sweden, England, Italy, Switzerland, Australia, Canada, Argentina, Brazil and the USA.

This crystal, originally referred to as “Haematite” was officially discovered in 1773 by Jean Baptiste rome de I’Isle, who removed the first “a” to make it “Hematite.” The name is derived from the Greek word for blood “haima” due to the colour the mineral turns when ground to powder.

Hematite is a very special mineral that was believed to be used by man 164,000 years ago. A small area in South Africa has been excavated numerous times since 2000 and produced many artefacts dating back hundreds of thousands of years. An interesting observation was that of cave wall writing in a red powder substance. Through extensive analysis it had been confirmed that this powder was in fact Hematite.

In 1998, NASA made a remarkable discovery when they found Hematite on Mars. What makes this even more interesting is the necessity of water for this stone to occur.

Hematite is a common iron oxide mineral that can be found in the form of masses, botryoidal, tabular, and the rarest form, rhombohedral. Its colour may also be greyish black, brownish, orangey red or have a silvery metallic lustre.

This stone can be found within quartz crystal, having various names given to it. Such crystals include Red quartz and Hematoid quartz, which usually refers to overlaid clear quartz that are commonly a deeper red colour. Ferruginous Quartz refers to a piece of quartz that contains a good concentration of either Hematite or Limonite. Harlequin quartz or Fire Quartz usually refers to crystals that have red dots or strings of Hematite within them.

As it has a strong resonance at the lower chakras, Hematite is beneficial to use with other strong spiritual grounding stones, such as Tourmilated Quartz, Black Tourmaline, Black Obsidian, Jet, Pyrite and Smoky Quartz.

If you need some help to stimulate your will power, place on your solar plexus alongside Pyrite, Carnelian, Dumortierite, Sardonyx, Pietersite or Malachite. 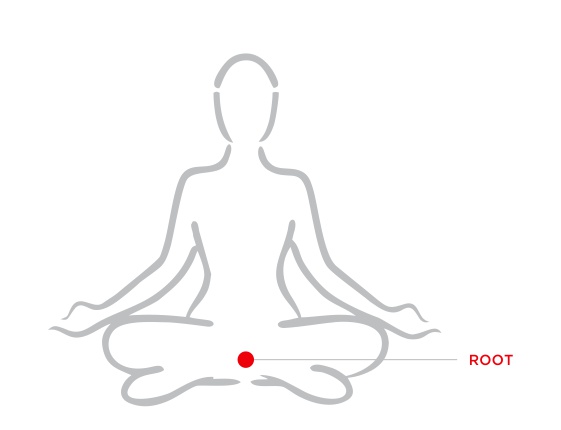 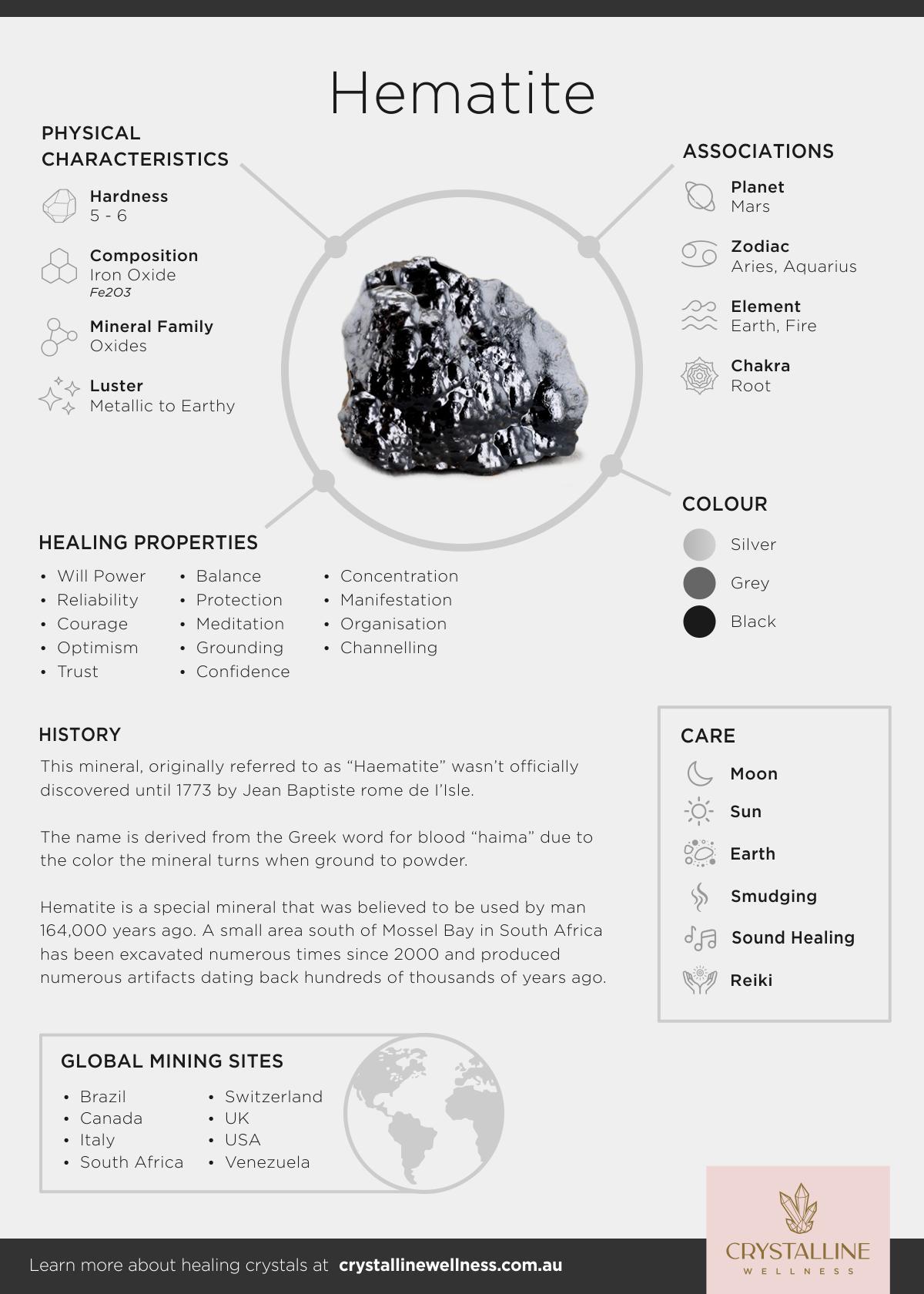