Labradorite will bring one to their deep depths where an abundance of knowledge can be discovered. For this very reason, Labradorite is considered to be a stone of transformation and self-discovery. Labradorite invites us to become more adventurous and seek out what we don’t normally desire, to take the steps required to go where you have not gone before.

One must trust in the stone and know that it is keeping you protected while on a journey into the dark. Working with Labradorite will guide and protect you on this journey, and illuminate the path of one’s spiritual destiny. It cleanses and realigns all the energy centers within the body, which will help one to develop the proper psychic abilities to best suit them during their spiritual journey.

When working with Labradorite you will find that its energies are most potent during the hours of dusk and dawn. Looking up at the sky on a moonlit night when the very first stars of the evening are appearing, we begin to feel Labradorite’s direct connection.

The Stone of Magic is best used when the user has intentions of higher awareness. Shamans, Magicians and energy workers of all kinds find Labradorite extremely useful as it helps one to recall experiences that we hold subconsciously from other realms or lifetimes. Labradorite lifts insecurities about life by providing one with the strength to see the true worth of their purpose.

It is found in copious amount in many places, including in Finland, Greenland, Scandinavia, Russia, Italy, Madagascar, Mexico and the USA.

Labradorite, is named after the the region of Labrador Peninsula in Canada, where it was first discovered in 1770.

Native Inuit tribes of North America claim the first Labradorite fell from the Aurora Borealis from the fire of their ancestors. Another legend describes a brave Inuit warrior who struck Labradorite with his spear and created the Northern Lights.

Labradorite was discovered again in the 1940s, this time in Finland. These Finnish specimens displayed the entire colour spectrum described above and were rightfully called Spectrolite.

Labradorite is most commonly adored for its display of spectral colour sometimes referred to as Labradoresence. This stone is generally mostly a dark and moody stone in shades of charcoal, grey and brown, but when the light hits it at the right angle it will reveal it’s stunning flashes of peacock.This breath-taking flash of colours include green, gold, purple, orange, red, and blue.

As this is a feldspar mineral, it is made up of layers within the stone that refract or reflect the light, which attributes to its labradorescent properties. This flash of colours reminds one of the Northern Lights.

Labradorite resonates very well with other Feldspars such as Moonstone and Sunstone. Using Moonstone together with Labradorite will allow one to tap into the aspect of the Divine Feminine and work Magic toward ones emotions and more receptive aspects. This stone is closely related to Rainbow Moonstone, they may be called sister stones as they have a very similar make-up.

Pairing Sunstone with Labradorite will allow one to manifest through the lower chakras in Magic workings and rituals. Feldspars in general will assist one in finding what they have lost or left behind in other times. Labradorite will help you to take the journey to recover that part of yourself. 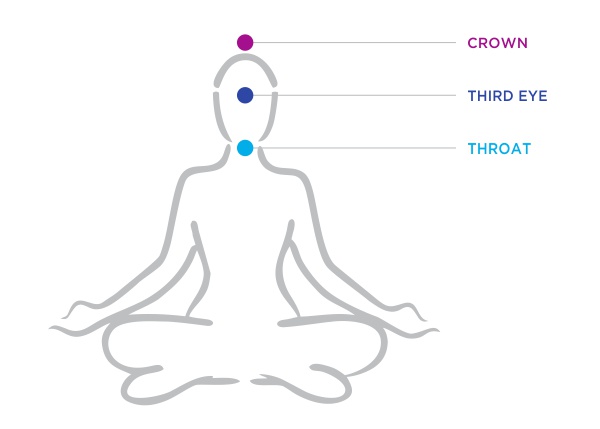 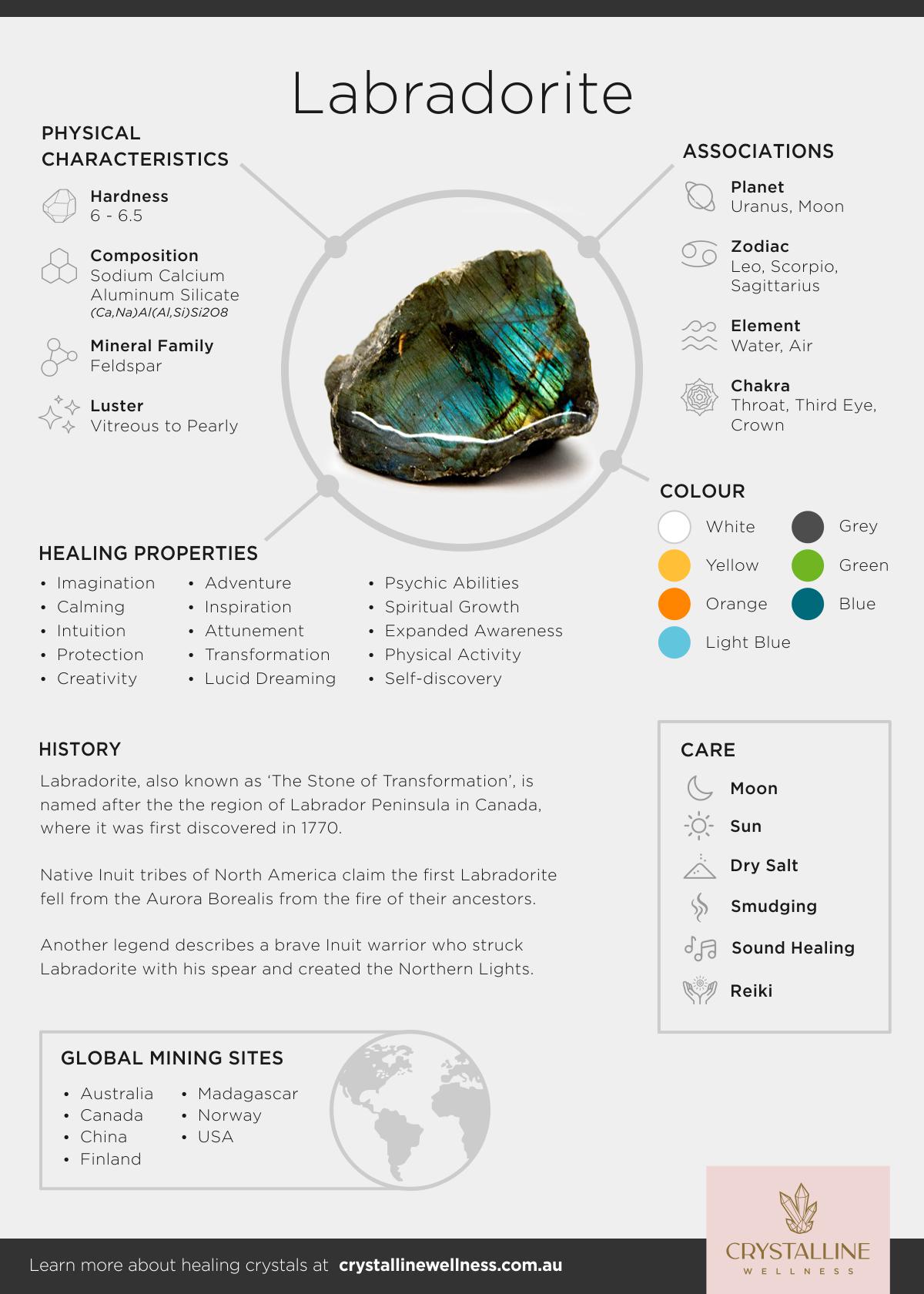