Lepidolite is very effective in stress relief, aiding in the release of worries and aligning one with acceptance of yourself, others and current life situations. This stone is perfect for challenging situations, as it not only settles and replenishes the emotional body, but also provides enlightened energy that helps one to handle difficult situations. It is most effective when life is most challenging and preserves integrity when needing to make big changes in a short time.

Lepidolite helps one to easily find a harmonious course of action and to see any problem that arises as a way of learning. Lepidolite also provides patience and helps one to listen to others with compassion. It has an acceptance aspect that is very effective when one is depressed, allowing one to dive into the sorrow and understand it rather than resist it and continue to suffer.

Lepidolite is an amazing ally in dreamwork, preventing nightmares and dream recall. It releases fears of the unknown future and assists in maintaining faith that all is working out for the best. Lepidolite releases one from any negative attachments to the past that hold one back from attracting opportunities of happiness and success. This stone has a positive vibration filled with tranquil energy, that helps soothe and bring about a state of peaceful zen for the mind, body and spirit.

Lepidolite was first discovered in 1861 by Robert Bunsen and Gustav Kirchhoff. Originally called “lilalite” because of its lavender colour, it was later named “lepidolite” from the Greek “lepidos”, which means “scale”, because of its scaly appearance caused by flakes of lithium.

Lepidolite is mined as a source of the element lithium along with other rare earth elements such as cesium and rubidium. Lepidolite is an important source of lithium, which is the lightest metal in the world, and used in rechargeable batteries, mobile phones, toasters, and much more.

Lepidolite is a type of Mica that often occurs around Pink Tourmaline crystals. It is rich in lithium, which brings about its spectrum of colours. It can form in many different colours such as purple, pink or white and rarely grey or yellow.

Lepidolite, like other micas, has a layered structure of lithium aluminium silicate sheets weakly bonded together by layers of potassium ions. The crystal habit includes tabular to prismatic crystals.

There are plenty of options for stones that clear negativity, especially when the source of tension in a particular space is sadness and grief. In this situation, the best stones to combine with Lepidolite are Apache Tears or Opal, effectively bringing happiness into a mourning space.

If you are using Lepidolite to improve your connections to divinity, it is very effectively paired with stones that have angelic associations, such as Angelite or Agate. These stones will put you in touch with divine powers.

Other stones that you may wish to pair with are Smoky Quartz, Hematite, or even Obsidian. 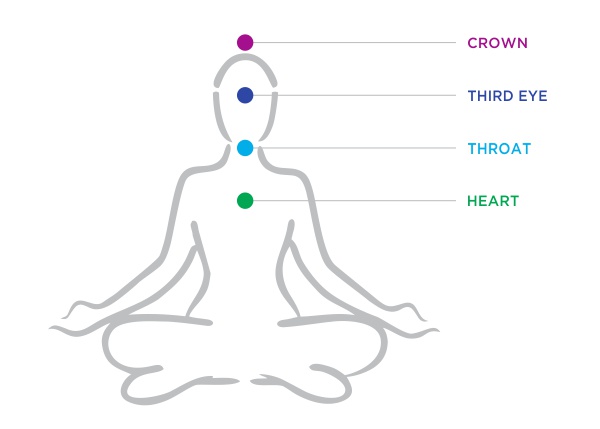 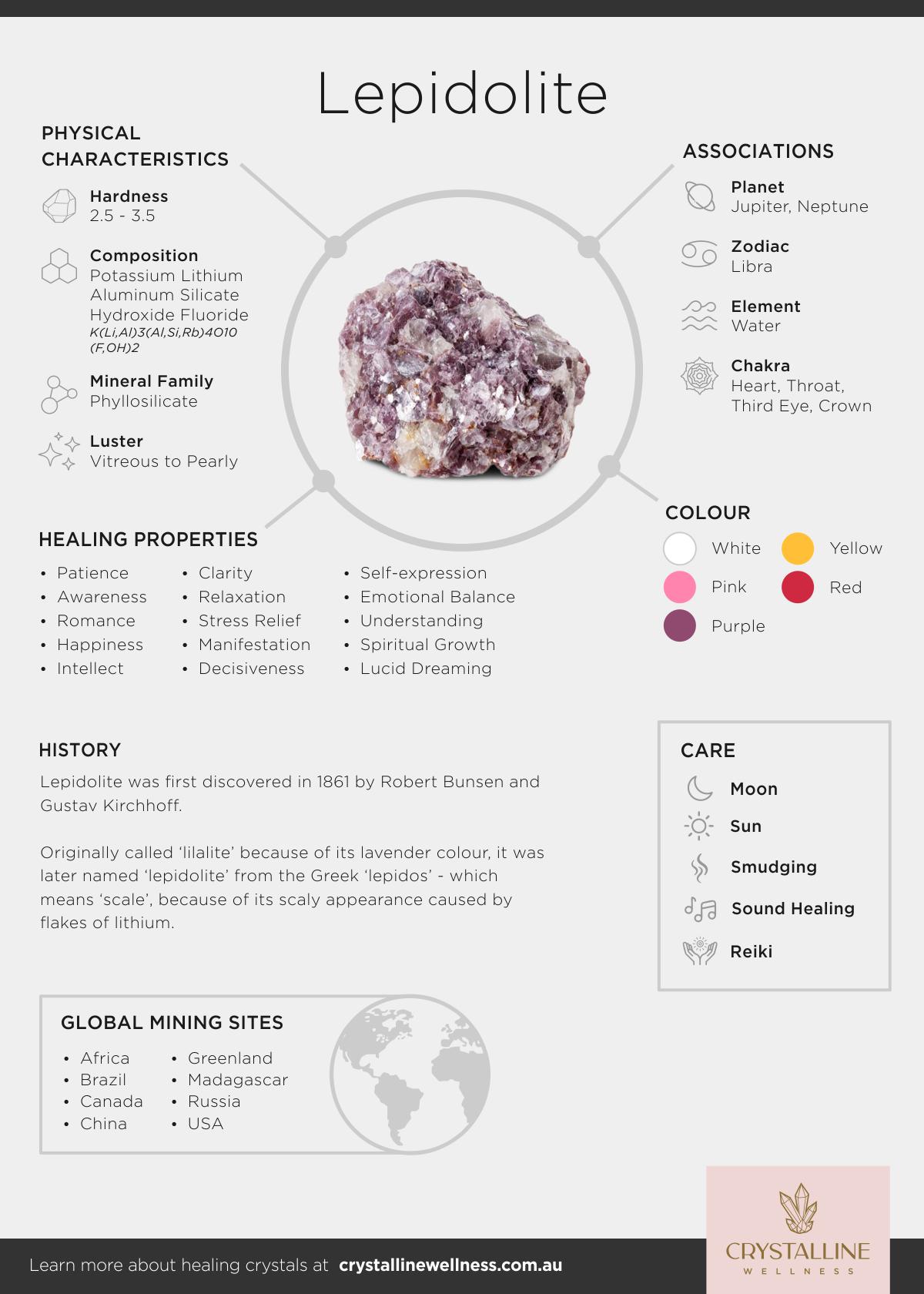