Rhodonite vibrates an essence of pure loving energy. This crystal pushes you to really love yourself so that you may offer love to someone else. These stones are excellent for balancing the emotions, and during traumatic times this stone can be used to calm you.

Rhodonite is a very strong stone that helps reduce and suppress anxiety. This stone is a comforting stone that will strengthen your heart and show you just how strong you can be.

Rhodonite will enhance and offer clarity to one’s inner experiences, whether it’s during deep meditation sessions or simply in a dreaming state. Through this clarity, Rhodonite helps translate these dreams, providing a path in which these “dreams” can be understood or achieved.

It helps to bring peace to troubled relationships, stimulating acceptance, forgiveness and unconditional love towards others.

It was originally only found in the Ural Mountains in Russia, but can now be found in such countries as India, Mexico, Sweden, Madagascar, Brazil, and USA.

Rhodonite was first discovered in 1819 by C.F. Jasche. The crystal was named from the Greek word meaning “a rose”, due to it’s pink to rose red colour.

Rhodonite has been known from many centuries ago, used mainly for decorative objects and sarcophaguses. During the Middle Ages, it was considered to be a powerful stone, endowed with magical powers, bringing happiness, honour and joy.

Banded rhodonite became a very popular ornamental stone during the 1930s, after the discovery of the fine material in Argentina. These particular stones from Argentina are sometimes called Inca Rose.

Rhodonite is a manganese metasilicate mineral. It is more commonly found in massive growth forms, with very large pieces common.

Although the lighter pink stones are becoming more popular you will see many stones that are a deeper pink or magenta stones with inclusions of black manganese oxide in them.

Certain pieces of this crystal are known to be almost entirely black, depending on the amount of manganese present. Some of the colours may relate to weathering of the stone and partial oxidisation.

Rhodonite harmonises well with just about any heart stone, but is the most powerful in conjunction with Rose Quartz and Emerald. Both of these stones offer immense amounts of healing to the heart and physical body.

Using Garnet with Rhodonite will help work towards achieving your dreams. The Garnet helps with manifestation and re-lighting that “fire” inside you, while the Rhodonite will assist with bridging the dream and physical realms together. 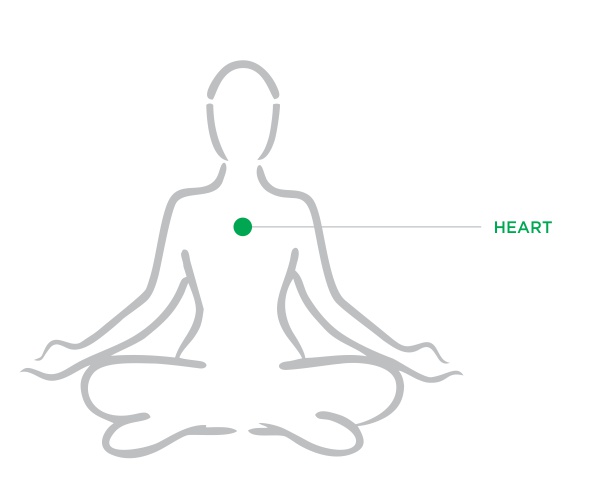 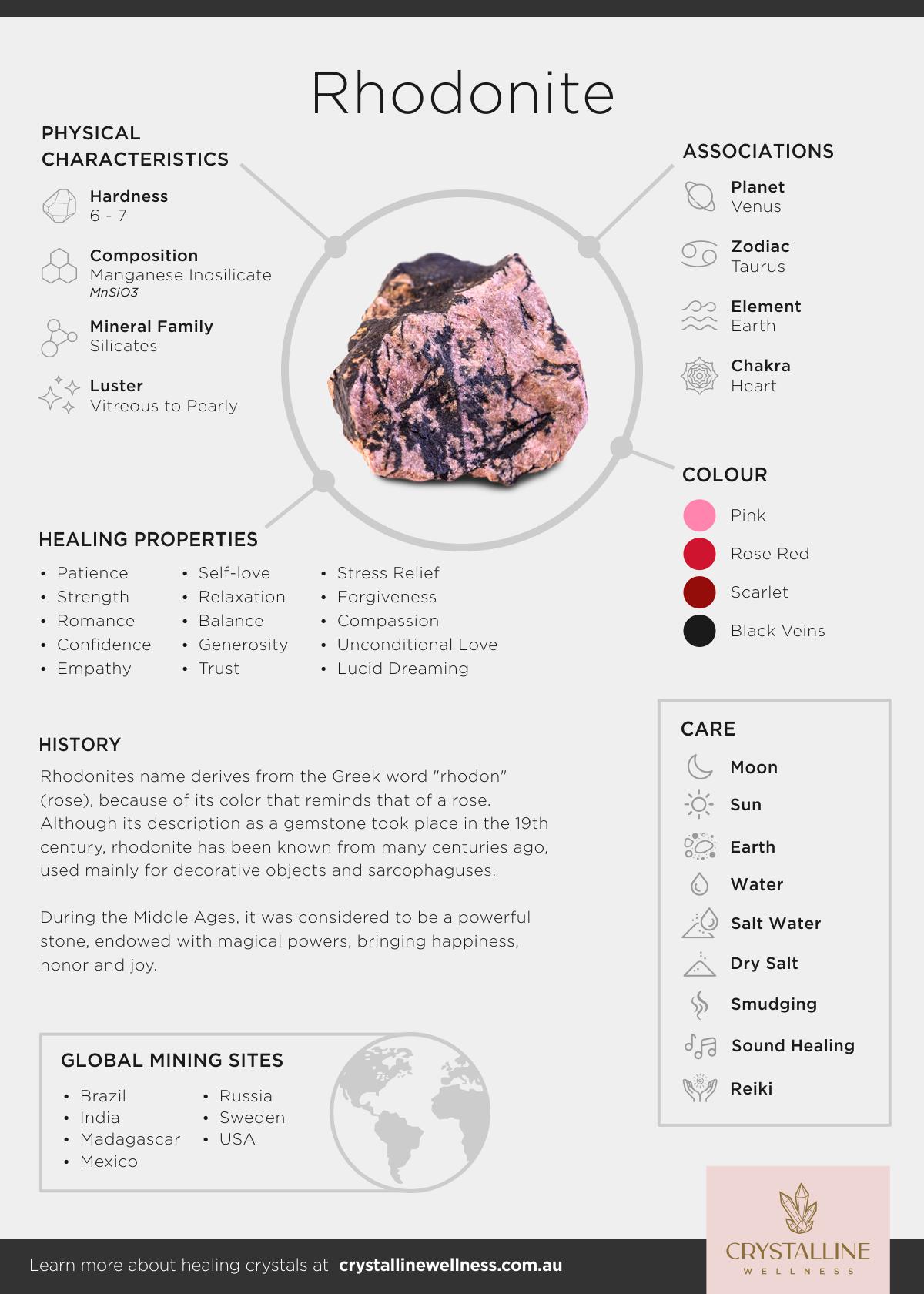