Spirit Quartz can help your spirit to attain spiritual enlightenment. This stone will attract spiritual growth and help connect to beings of other realms. Placing the crystal under a pillow will allow the energy to help enhance dreams and connect to past lives, giving a better understanding of your current life.

Furthermore, it brings energies of balance and harmony which are very beneficial when you feel unbalanced and restless. This crystal will also discharge you from fearful and negative thought process as well as transform it to peace and freedom.

When it comes to meditation, this crystal will channel light sources and high frequencies which let deeper insight and concentration. What’s more, Spirit Quartz can offer you a more profound state of clarity and awareness.

This crystal will infuse you with an energy of universal love. As a result, you’ll feel more grounded and more centered. This crystal will also bring deep connections between people by giving them a sense of togetherness that one may have a difficult time doing alone.

These crystals are only found in Magaliesburg, South Africa.

Spirit Quartz was only first discovered a few years ago. It is found only in South Africa, where a particular tribe is responsible for mining the stone. The women of the tribe find and clean the stone, using methylated spirits, which is why it is called ‘Spirit’ Quartz.

This stone is also found in Clear Quartz and less often in Citrine or Smoky Quartz. Traditionally Spirit Quartz has been used to support astral travel, shamanic journeying, dream work, re-birthing, and meditation.

Spirit Quartz (also known as cactus quartz or fairy quartz) is a silicon dioxide mineral with a hardness of 7. It has an unusual growing formation of tiny, druzy crystals covering the shaft of a larger quartz point.

This stone comes in a variety of colours, and may resemble the colour of many other quartz varieties such as Citrine, Amethyst and Smoky Quartz, as well as clear, pink and green.

Although Spirit Quartz is a pretty unique looking stone, you’ll find that its gentle and nurturing energies work well with lots of different crystals.

When paired with Tibetan Black Quartz, Spirit Quartz settles conflicting situations. It brings in understanding and more patience as well as gets rid of behaviours that affect your concentration.

You can also pair it with Celestite or Herkimer Diamond if you want to improve your ability to recall your dreams. If you pair it with Gold, Spirit Quartz will also act as an emotional detoxifier. It will cleanse the negativity in your life and help you rebuild what’s been broken. 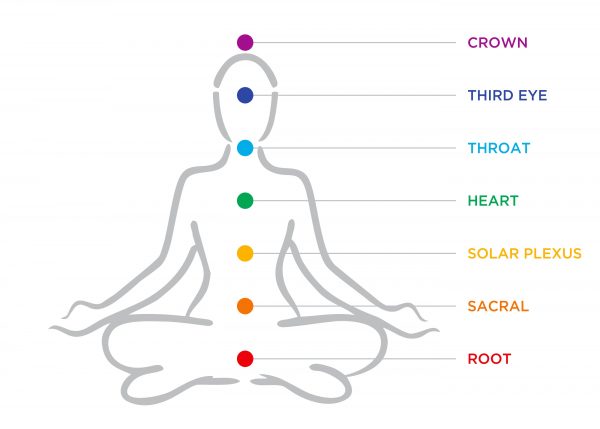 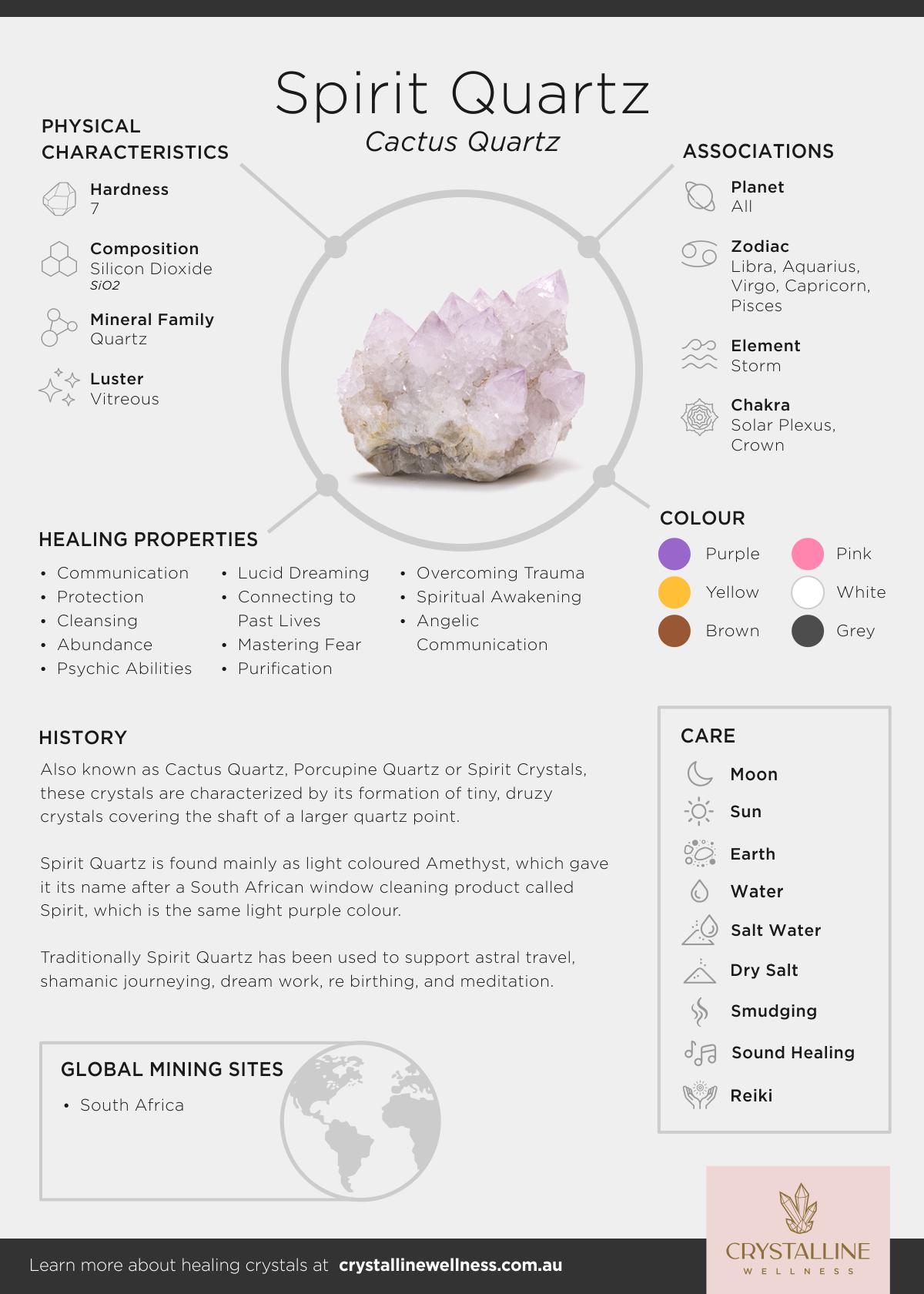